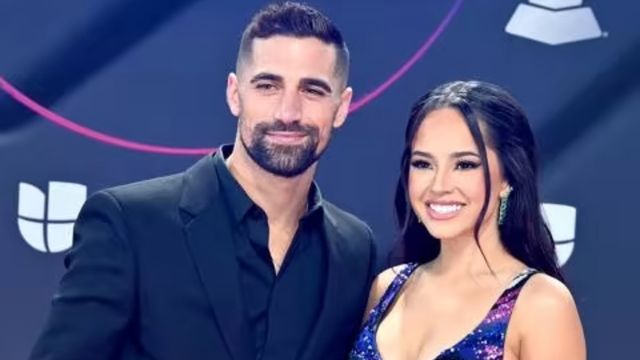 Becky G is Engaged to Sebastian Lletget, Her Longtime Boyfriend

On Friday, the couple announced the news to their millions of social media followers (Dec. 9). “Our spot forever,” they captioned the joint post, which included three photos: one of Lletget down on one knee proposing, one of the couple hugging, and one of Becky G with a big smile showing off her oval-shaped diamond ring. The couple wore matching black leather jackets.

Lletget and the Mexican-American singer have been dating since 2016. Becky and Lletget walked the Latin Grammys red carpet together last month in Las Vegas, where she was nominated for best urban song for “MAMIII.”

Becky has been by Lletget’s side, rooting for him since his transfer from the LA Galaxy to other MLS teams such as FC Dallas.

“OMG Mamiiiii… I hope every night is a wedding night and every moon is a honeymoon!!!! FELICIDADES,” Karol wrote.

Meanwhile, Anita is already planning what she will wear to the wedding. “Imma gets my dress ready RIGHT NOW wowwwww,” she wrote after responding with an “Ahhhhhhh.”

Becky G recently achieved her first No. 1 song as a solo artist on the Latin Airplay chart with “Bailé Con Mi Ex.” The song is from her album Esquemas.

She previously told Billboard that when she found out, “I screamed and woke up my man.” “I was overcome with emotion.”

See the following post by Becky G and Lletget: