Markle was seen wearing an off-the-shoulder white gown and holding Harry’s hand as they made their way through the crowd to the banquet. As the couple exited their SUV in the rain in Manhattan, they were followed by a security detail.

Harry wore a black suit with a skinny black tie and walked Markle into the venue while holding an umbrella.

Markle’s outfit for the event recalled Kate Middleton’s green gown, which she wore to the star-studded Earth shot Prize Awards in Boston on Friday.

Middleton looked stunning in an off-the-shoulder green gown for the occasion. Middleton hired the Solace London gown via HURR, a designer garment rental site in the United Kingdom.

Middleton also wore a diamond and emerald choker necklace that belonged to the late Princess Diana.

For nearly 50 years, the Robert F. Kennedy Human Rights Organization has given out the Ripple of Hope Award. The award is granted to leaders in “government, industry, activism, and entertainment” who have committed to “social change,” according to the organization’s website.

“This year’s laureates have promoted equity, diversity, and sustainability in the workplace and around the world while leading big organizations.”

The Robert F. Kennedy Foundation chose Harry and Markle to receive the award in “honor of their efforts on racial fairness, mental health, and other social impact programs through their Archewell Foundation,” according to a press release from the human rights organization.

T.j. Holmes Had a Long-term Relationship With a ‘good Morning America’ Producer Prior to His Amy Robach Romance

“We were overjoyed when The Duke and Duchess accepted our award laureate invitation in March.

The couple has always been known for their determination to speak up and influence the global narrative on racial justice and mental health “Kerry Kennedy, president of Robert F. Kennedy Human Rights and Robert F. Kennedy’s daughter, made the announcement in a statement. 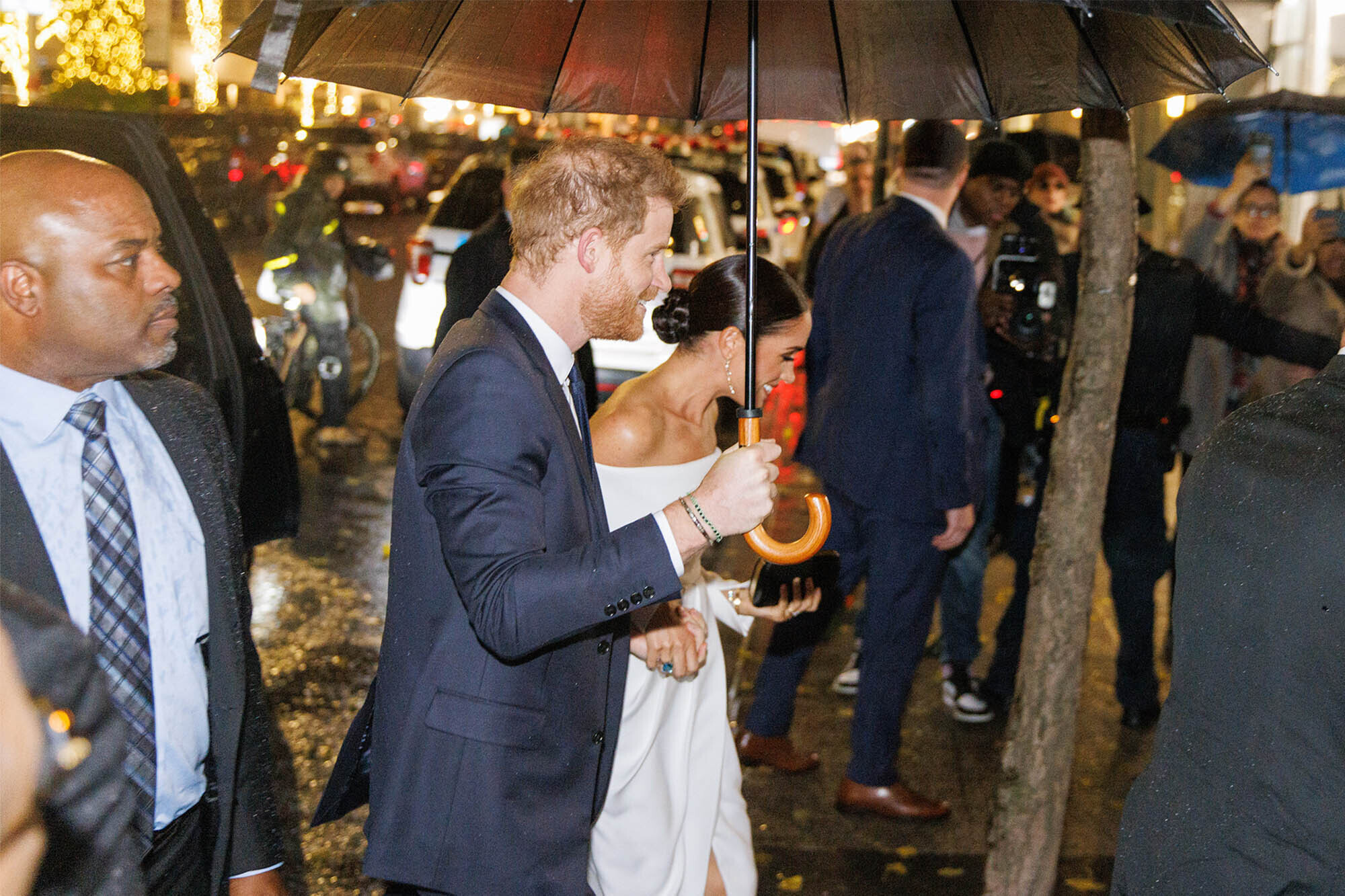 “They reflect the type of moral courage that my father often described as the ‘one essential, important quality for people who aspire to transform a world that yields most cruelly to change,'” she concluded.

Alec Baldwin hosted the event. Hilaria Baldwin, Baldwin’s wife, reportedly stated that the couple is “not OK” following the horrific “Rust” shooting in October 2021. “We’re not doing well. We can’t be fine. “No one is fine,” Hilaria stated in a preview of her upcoming “Extra” interview.”

“It was and is a tragedy that nobody could ever have imagined,” she concluded. Halyna Hutchins, 42, was killed on the New Mexico film set when a pretend gun that Alec was holding detonated.

Alec declared on the red carpet before the event that he is a “royalist,” meaning he admires the royal family.

“In fact, I intended to write a letter to the [late] Queen [Elizabeth II] saying, ‘If you need someone to come and occupy a place over there and be your long-lost son,'” he told reporters.

Must Read: Gladys Knight, George Clooney, and Amy Grant Were Honored at the Kennedy Center Honors

He hopes to ask the couple if he can “come and visit them in Santa Barbara.”

Alfre Woodard, the actress, said she is “excited” for the Ripple of Hope Award Gala winners.

“Those we award are always deserving,” she says.

Woodard’s statement was mirrored by Keegan-Michael Key, who said the awardees are memorable people who have “done amazing things in the world.”

When asked about the racist claims leveled against the royal family, Key answered, “We’re all working on something. There comes a period in everyone’s life, [every] single person’s life, when we can be more tolerant, more open to other people’s beliefs, feelings, and ideas.”

Netflix has published two teasers in anticipation of the premiere of Meghan and Harry’s docuseries, and the former senior royals are not shy about addressing their suffering at the hands of their extended family and the larger monarchy.

In one moment, Harry, 38, can be heard saying over a film montage, “There is a familial hierarchy. You know, there’s leaking, but there’s also story planting.”

Rows of cameras are shown shooting away in another portion of the trailer before the British prince declares, “I had to do everything I could to protect my family.”

The image used to depict Harry and Markle being pursued by reporters, however, turned out to be an old photograph from the London premiere of “Harry Potter,” which was taken years before the couple met.

The couple notably stepped down as senior royals in 2020, moving to California to raise their son Archie and daughter Lilibet.

Volume I of the program will be released on December 8, with Volume II following on December 15.