Olivia Wilde made a tremendous fashion statement on the purple carpet of the 2022 People’s Choice Awards on Tuesday night.

Karla Welch styled the director of Don’t Worry, Darling for her presentation at the awards show in a daring, sheer Christian Dior gown that leaves nothing to the imagination.

Wilde posed for shots in the see-through gown, which had a lace, lingerie-style neckline. She dressed the dainty gown in black hot pants underneath and an exaggerated belt, much like it did on the runway.

Wilde, 38, opted for overlined eyes and a fresh face for glitz. Her long hair was unkempt and loose, giving her an effortless aspect.

At the presentation, Wilde’s film Don’t Worry Darling, starring Styles, won the prize for the drama movie of 2022.

“This award isn’t for me; it’s for the entire production,” she stated on stage during her victory speech. “We made this film in 2020 when many people doubted that audiences would ever return to theatres if they reopened.”

“Despite this, over 190 outstanding team members showed up every single day during a pandemic to create something they thought you would show up for. And you did appear. And we are eternally grateful.”

The filmmaker and actress then thanked everyone involved in the film’s production.

“There are so many people who are crucial to the production of a film. From our public relations team to our advertising department to our covid safety team to our housekeeping personnel to our transportation team to our stunt performers. 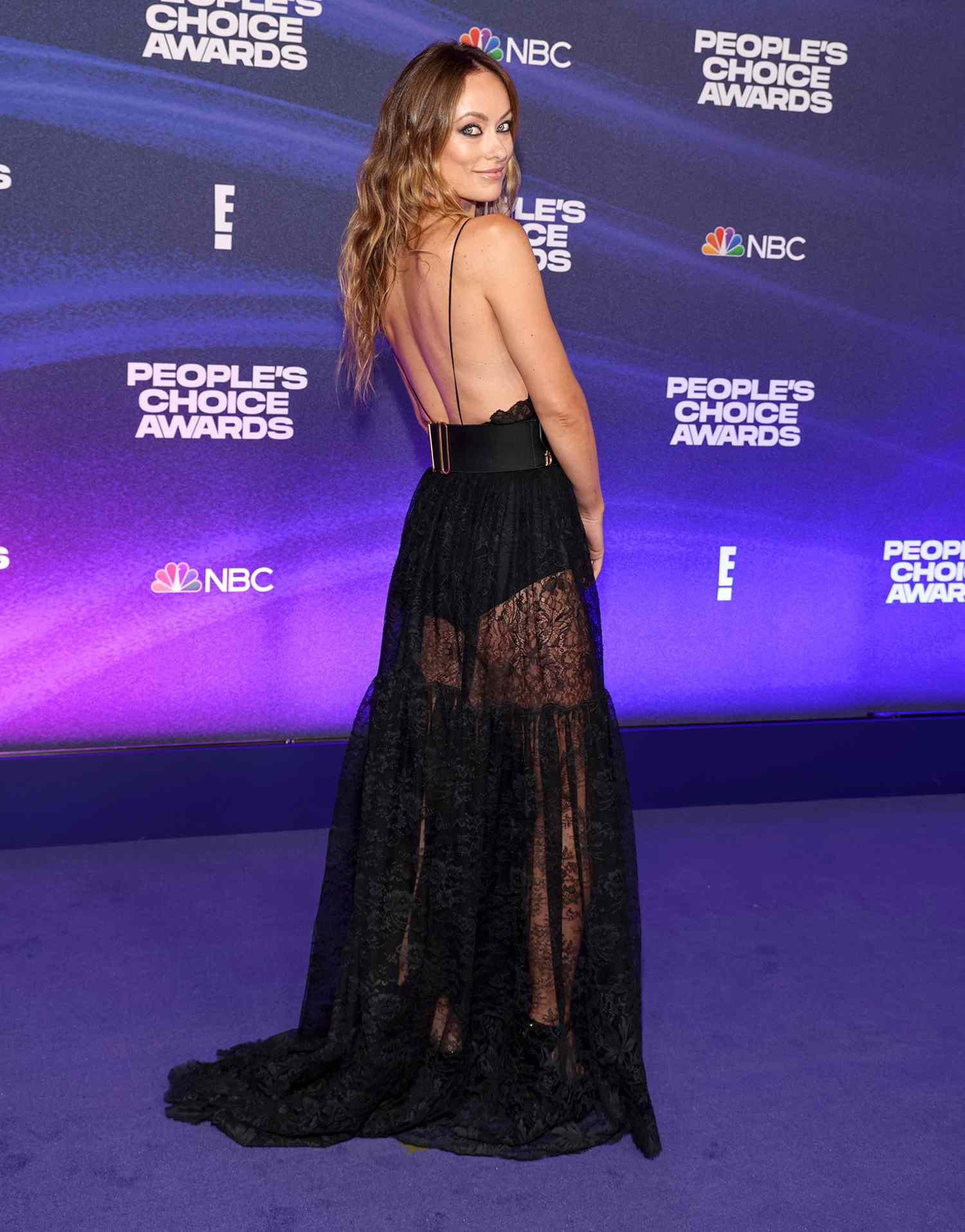 The substitutes. All these people showed up, worked so hard, and made so many sacrifices with the hope of creating something you would love.

Therefore, this honor is quite significant to all of us, and it is a testament to their hard work. Therefore, this is for them. Thank you so very much.”

The film also garnered nominations for Wilde’s ex-boyfriend Harry Styles and Florence Pugh, who co-starred alongside him. The film, which debuted in September and features Wilde, Gemma Chan, and Chris Pine, is rife with drama stretching as far back as autumn 2020.

Wilde is no stranger to eccentric attire. She donned a one-shoulder Gucci shirt with a heart-shaped pasty concealing her nipple for her October Elle cover.

The Booksmart director attended the 2022 Baby2Baby Gala in a simple yet sultry black bandeau bra top and a $3,140 Magda Butrym ball gown skirt, with gold statement earrings by Irene Neuwirth.

Wilde wore a second translucent dress to the Governors Awards in Los Angeles in November, but this Erdem gown had a white corset underneath. She donned a tiered tulle Erdem gown from the Spring/Summer 2023 collection with a netted train.

She complemented her evening attire with opera gloves made of sheer material and Mikimoto jewels.

The red carpet for the Governors Awards was Wilde’s first carpet after her separation from Styles. Earlier this week, multiple sources revealed to PEOPLE that the “As It Was” singer and actress-director were “taking a break” from their nearly two-year relationship.

“He continues his tour and is now going abroad. She is concentrating on her children and work in Los Angeles “claimed one source. It is an extremely amicable conclusion.

Another insider told that the separation was difficult for Wilde. “The separation has been painful on Olivia,” stated the source. “Olivia believed that they would be able to resolve all of their problems. She is dissatisfied. However, it’s just a hard scenario.”