Jalen Hurts broke the Philadelphia Eagles’ franchise record for most rushing yards by a quarterback in a single game, as his team became the first NFL team to reach double-digit wins, defeating the Green Bay Packers 40-33.

Hurts quickly put himself in position to break Michael Vick’s single-game record of 130 rushing yards when he rushed for 102 yards in the first quarter.

It also resulted in quick points, as the Eagles jumped out to a 13-0 lead. Kenneth Gainwell punched it into the end zone for the game’s first score, and after Aaron Rodgers threw his first interception of the game, Miles Sanders rushed in for his first of two touchdowns.

Hurts finished the first half with 126 yards on 10 carries, but his game-winning rush came on the Eagles’ second drive of the second half when he ran for six yards for 136 yards on the night.

He would then add a nine-yard scramble to his eventual total of 157 yards on 17 carries for the record.

However, the first half was high-scoring, with the Packers matching the Eagles’ offensive prowess and ability to create turnovers. On their second drive, Rodgers let his running backs, Aaron Jones and A.J. Dillon, go to work, and Dillon eventually found a hole for a 20-yard score to make it 13-7.

The Packers then took a 14-13 lead after a turnover on downs, thanks to an 11-yard pass from Rodgers to Randall Cobb. Rodgers found Jones on a 23-yard pass into the end zone to tie the game at 20 apiece after the Packers forced A.J. Brown to fumble in their own territory.

The first half was wild, but the second half was where the Packers’ real story began, with Rodgers dealing with an apparent rib injury following an Eagles sack that eventually knocked him out of the game.

Rodgers’ thumb, which he admitted had been broken since Week 5, was a question mark going into the game. And, following an interception on a shaky pass to begin the game, those questions persisted until he settled in.

But the back-to-back NFL MVP’s rib injury appeared to be exacerbating his pain, as he winced in pain with each throw he made as the Packers charged down the field on their second drive of the second half. 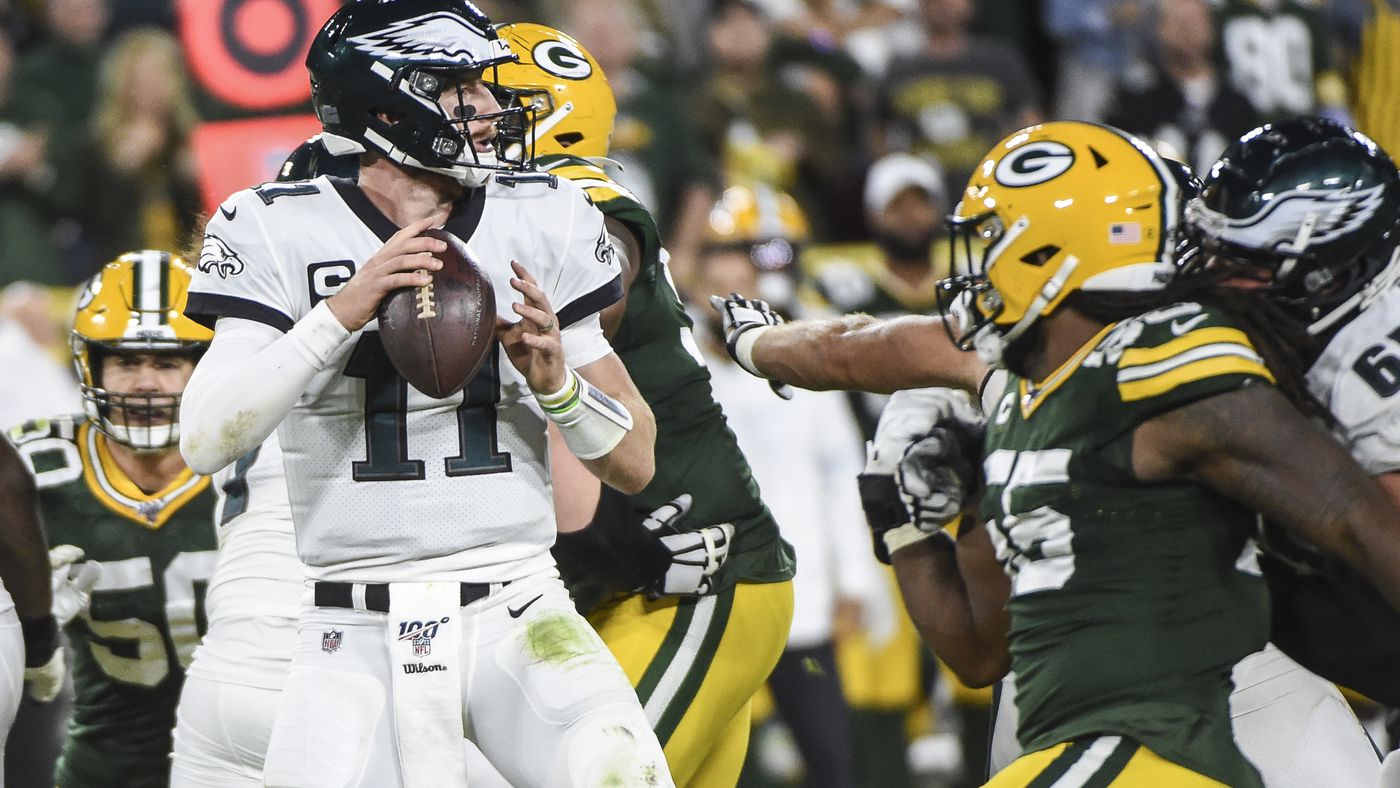 As the Eagles took the field in the fourth quarter, Rodgers jogged to the locker room with trainers to have his injury examined. And the results were not good, as he returned to the sideline without his pads or jersey. He went 11 of 16 for 140 yards, two passing touchdowns, and two interceptions.

Jordan Love entered the game as Rodgers’ backup since being drafted in the first round of the 2020 NFL Draft. He made his presence known right away, finding Christian Watson on a bullet in the middle of the field, which he took 63 yards for a touchdown to put the Eagles up 37-30. Love’s first touchdown pass came in Week 18 of the 2021 season.

The Eagles, on the other hand, rushed down the field and Pro Bowl kicker Jake Elliott drove in a 54-yard field goal to give Philadelphia a 10-point lead.

Love and the Packers would get a field goal to close the gap to one touchdown, but Mason Crosby’s onside kick went the Eagles’ way, and they rushed it with Sanders to seal the victory.

Love was effective in the quarter, going 6 of 9 for 113 yards and the touchdown pass.

The Eagles’ leading receiver was DeVonta Smith, who had 50 yards on four receptions, while Brown had a touchdown and 46 yards through the air. Quiz Watkins also scored on a 30-yard pass from Hurts just before halftime.

And it wasn’t just Hurts who rushed for over 100 yards; Sanders had 143 yards on 21 carries to help Philly total 363 yards rushing on the night.

Hurts threw for 153 yards on 16 of 28 attempts, including two touchdowns.

Watson would finish with 110 yards on four receptions for the Packers, as his recent weeks have shown promise. Dillon led the team in rushing with 64 yards on eight attempts.

The Eagles will host the Tennessee Titans next week as they look to extend their lead as the NFC’s top seed, while the Packers, at 4-8, may believe their quarterback situation is over and their playoff hopes are fading.

Dua Lipa, A Famous Musician, Was Given Citizenship in Albania