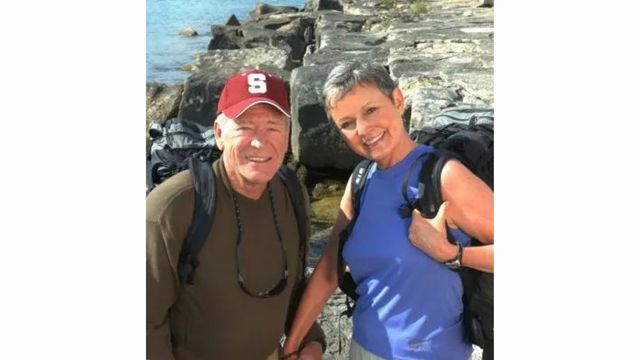 The Post can confirm that one of the show’s oldest contestants, Donald Anthony St. Claire, died in his Northern California home at the age of 87.

A web obituary says that St. Claire, a well-known doctor and “real Renaissance man,” died on August 31. His son, Greg, told TMZ on Saturday that his father’s death came as a surprise and that a “heart issue” is thought to be the cause.

The sixth season of the popular CBS reality show featured St. Claire and his wife, Mary Jean. In 2004, when the show first aired, they were called “Grandparents.”

Don was 69 when the competition was held, and Mary Jean, who was an interior designer, was 65. CBS said that they had been married for 20 years, even though they met when they were both married to other people.

In the show’s bio, the network said that Don and Mary Jean almost died when the boat they were on with eight other people in the South Pacific sank, throwing Don onto a coral reef and Mary Jean into the water.

Locals are said to have set up a memorial service for them because they thought they wouldn’t make it through such a disaster.

On “The Amazing Race,” it became hard for them to keep up with the younger teams. After finishing ninth in Germany, they were out of the race.

Off-screen, St. Claire was an internist in the Palo Alto area for more than 40 years, and she taught at Stanford University’s clinical faculty.

“He was a great animal lover who loved his dogs. He was also a devoted father who didn’t think twice about leaving work early on Fridays to pick up his kids from school for trips to Tahoe.” “He made an impression on everyone who met him,” the obituary said.