Danica McKellar spoke out about her co-star Neal Bledsoe’s departure from the Great American Family network after Candace Cameron Bure stated that same-sex couples will not be included in the network’s Christmas movies.

“Neal is an amazing person. He’s a fantastic performer, and I’ve had a great time working with him. He and I, without a doubt, share our love and support for the LGBT community… I disagree with his interpretation of her remarks.

“I just didn’t perceive them the same way,” the “Wonder Years” actress explained “At Christmas on Saturday.

McKellar’s remarks come after the Great American Family’s chief creative officer Bure was chastised for telling the Wall Street Journal that the network’s programming “would keep conventional marriage at the core.”

Bure responded to her comments: “Everyone who knows me knows that I have a wonderful love and affection for everyone. It completely aches my heart that anyone would think I would purposely offend and hurt someone.”

According to a Variety interview, Bledsoe chose to depart the network after Bure made those statements.

“As an artist, I aspire to be proud of my work. But the idea that my work may be used to intentionally discriminate against anyone horrifies and enrages me “In part, he remarked.

“I hope GAF changes, but until everyone can be proudly represented in their films, my decision is simple.”

McKellar continued to express her feelings on the situation.

“[Bure] began the statement with ‘I believe,’ which is not conclusive, and then ended it with ‘at its heart,’ which does not mean solely,” McKellar explained. “I disagree with his interpretation, but I adore him and wish him well.”

McKellar took to Instagram in November to express her feelings in the aftermath of Bure’s comments and Bledsoe’s departure.

“I’d like to clear the air regarding something. I’m a new Christian, and I’m really thankful. I continue to promote representation and celebrate all forms of healthy adult love.

The notion that Christianity would judge any type of love perplexes me “In part, she stated.

“I’m very early in my religious journey, but from what I’ve seen, Jesus loves and accepts everyone. That’s His specialty…”

Bledsoe and McKellar co-starred in “Christmas at the Drive-In” for Great American Family.

Read More: 5 Months After Her Husband Was Killed by a Lightning Strike, ‘one Tree Hill’ Actress Talks Out

The 47-year-old actress went on to say that she had “so much fun” playing her role in the holiday film.

McKellar’s character in the film is motivated to save the town’s drive-in, which is set to be demolished and turned into a distribution facility. 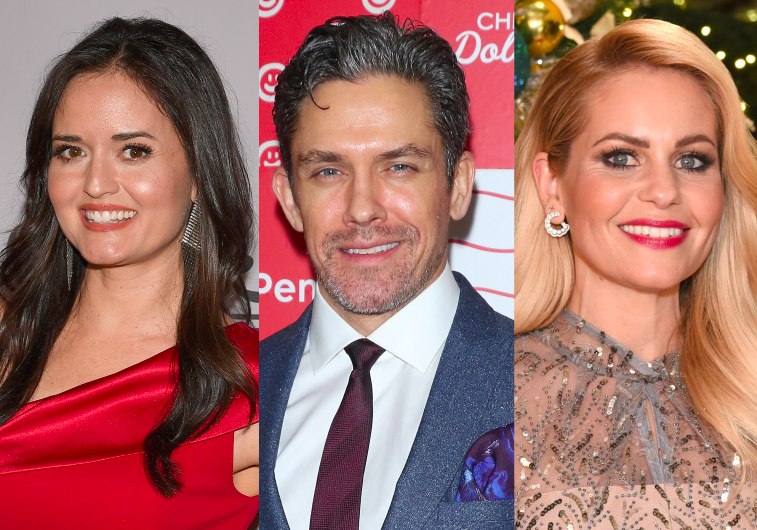 “My character is really committed to keeping it alive, and my co-star plays the developer. Of course, there is conflict, but we eventually get along and fall in love since that is what happens in these films.”

McKellar has appeared in various holiday films and was a celebrity guest at Christmas.

She is best recognized for her role as Winnie Cooper in “Wonder Year.”

Diana Jenkins is a ‘few Weeks Pregnant,’ and She Skipped PCAs Due to ‘bed Rest’

Christmas was founded by That’s4Entertainment, a female-led organization. It takes pride in organizing a holiday-packed weekend full of special events, such as tree lighting, wreath-making classes, and celebrity panels.

The holiday celebration began its third year at the New Jersey Expo Center in Edison.

“Christmas is a wonderful present. I always adore talking with and meeting fans… Just watching their happiness. All of the Christmas cheer is fantastic “McKellar stated.